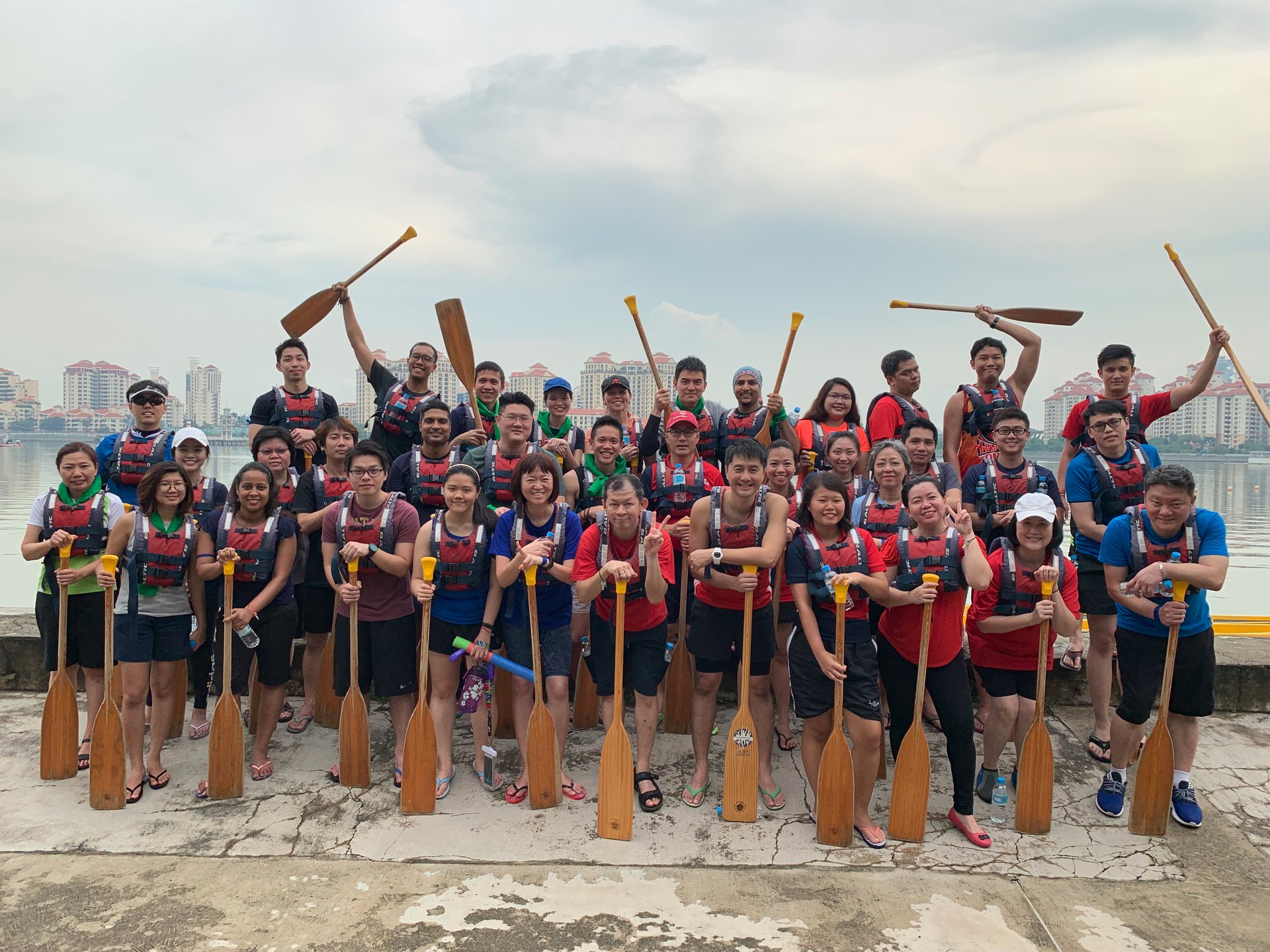 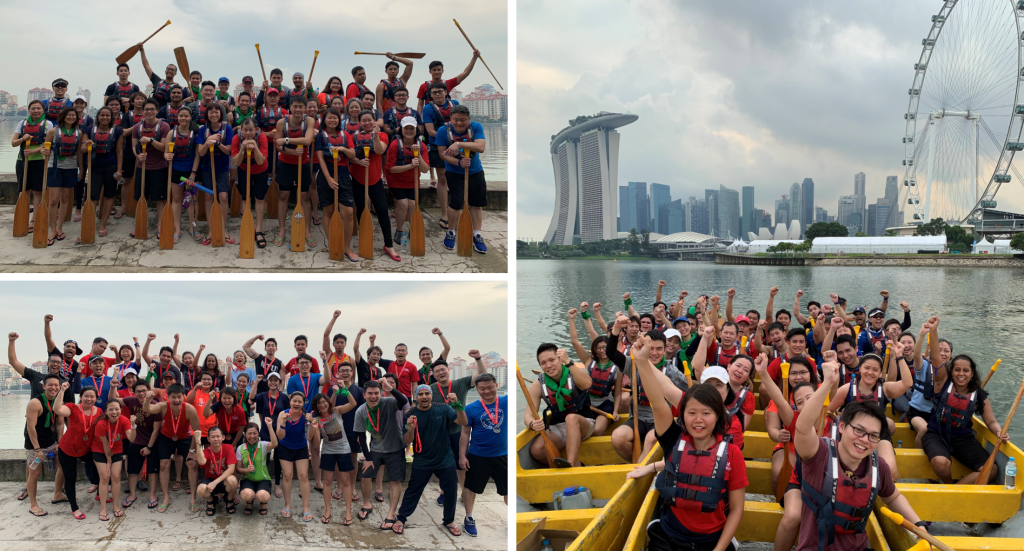 RDP had a Company Culture Activity (CCA) to foster and encourage team bonding and at the same time, channel positive energy through a fun and exciting team sport in Singapore – Dragon Boat.

Nominated RDP CCA organizers, Nicole and Donn had been planning for the half-day event, packed with action, fun and enjoyment. Weeks before the actual day, a briefing was rolled out to the 3 teams formed. Thereafter, the group leaders gathered their teams to formulate a team strategy and to get ready for the eventual day.

When the much-anticipated day finally arrived, the weather started to have a downpour. Fortunately, the rain stopped just an hour prior to the commencement of the activity. As with any water sports, safety first!

The dragon boat trainers provided a short introduction on dragon boating and instructions to the RDP participants on how to handle a paddle, what commands to follow to row and how to put on a life vest securely. After the briefing, the teams together with their trainers, quickly launched off in each boat. Once on the water, they were given the chance to practice and perfect their rowing coordination together.

“The activity was truly fun! Dragon boating showed us though one person’s pace and speed may not be the same as another, through communication and coordination, it creates a frictionless journey together.” exclaimed Yeow See Onn, Chief Financial Officer of RDP.

Hein Htut, Software Engineer in RDP and leader of the winning Green team had this to say as well, “It was a great team building exercise where having the same goal and collaborative mindset, was really vital in moving such a large boat. My team aimed to have synchronized rowing despite us being beginners. I’m glad we had this event as it is not often we get to know our colleagues from other departments because of our busy schedules.”

Each team were pleasantly surprised when there were medals presented after the vigorous race ended. Positive feedback was again resonated during a delicious Thai cuisine dinner where it was coupled with a birthday celebration for the staff born in December. The day ended with merriment abound in the air.

“It’s my first year in Singapore and my first-time trying dragon boat. I had a lot of fun rowing with my team members, learning the commands and that being the person sitting at the front of the boat meant knowing what to do so that the people behind follow you easily. I would love to have more of such get-together sessions again in this diverse company!” said Risk and Compliance Executive of RDP, Priya Nagawah gleefully.

Traditional brick-and-mortar businesses in Singapore have been severely affected by the Covid-19 restrictions on public movement. With restaurants unable to seat dine-in clientèle and some shopfronts having to shutter, business owners have had to seek out new ways to maintain operations and revenues. Red Dot Payment (RDP) has two solutions to help their merchants start […]

The Covid-19 global pandemic is having an unprecedented impact on the travel and hospitality industry. As consumers observe strict restrictions to limit the spread of the Covid-19 virus, many have cancelled or postponed leisure and business travel plans. This abrupt disruption has created much uncertainty for tens of thousands of businesses worldwide. In these turbulent […]

Red Dot Payment is proud to be part of the PayU family, a leading payment services provider building the largest payments and fintech platform in the world