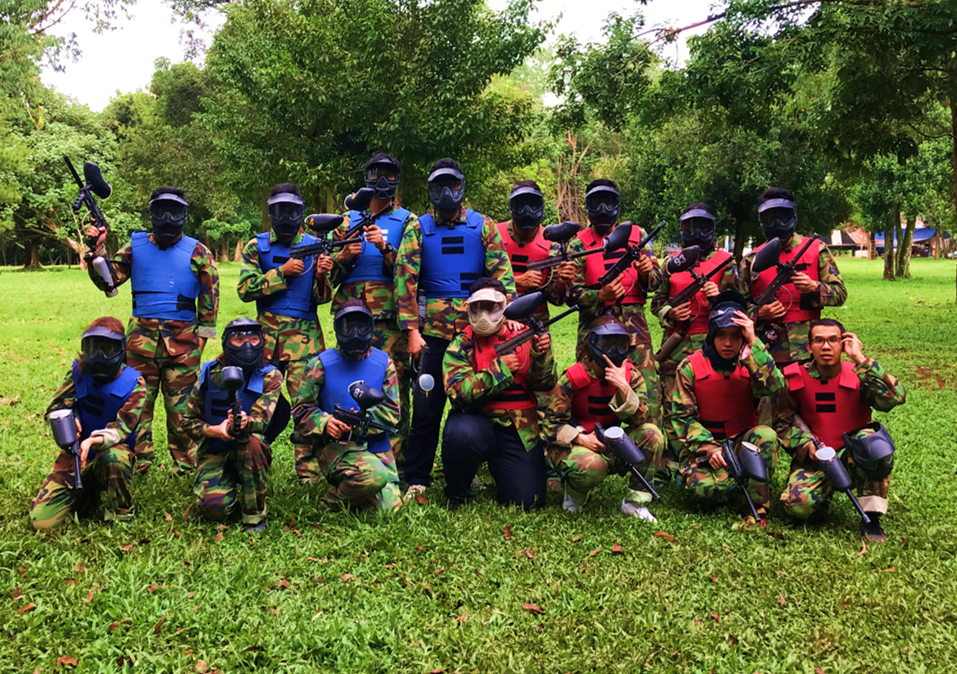 After a 3-day sales training for the Hotel Solutions regional teams from Singapore, Indonesia and Thailand, it marked an opportune time to organize team activities to foster teamwork and cross-country collaboration to reinforce the culture of RDP. It’s time to play hard!

The organized activity this time round was paintball and the battle arena in Jakarta, Indonesia.

Enthusiastic participants gathered at the site and were spilt up into 3 groups. From there, they suited up and put on the appropriate gear with the safety vest and armed themselves with the paintball guns. With the loaded “arsenals”, instruction was given to each team on how to use the paintball gun and some time to practice their accuracy shots. Prior to the match, each team was to formulate their own strategy to getting clear shots at the opponents. 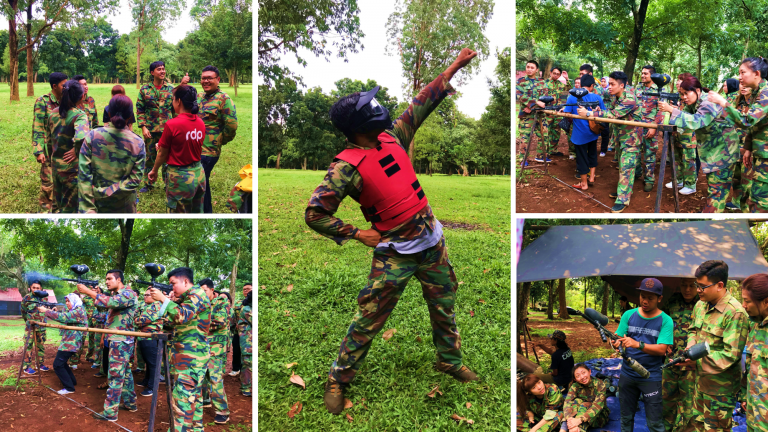 Shots were fired in the ‘Battle War’ games with each round lasting for a duration of 10 mins and the concluding winners were based on the highest number of hits at the opponent team. Medals were awarded accordingly, with the ‘Golden Gunners’, ‘Silver Shooters’ and ‘Bronze Blasters’ position.

The event ended with sumptuous dinner and drinks.

“I was excited about this day as it was the first time I’ve tried paintball! More importantly, having good fun with my colleagues and getting to know each other more, be it Singapore or Thailand.” said Yola Aulia, Office Manager of RDP Indonesia.

Traditional brick-and-mortar businesses in Singapore have been severely affected by the Covid-19 restrictions on public movement. With restaurants unable to seat dine-in clientèle and some shopfronts having to shutter, business owners have had to seek out new ways to maintain operations and revenues. Red Dot Payment (RDP) has two solutions to help their merchants start […]

The Covid-19 global pandemic is having an unprecedented impact on the travel and hospitality industry. As consumers observe strict restrictions to limit the spread of the Covid-19 virus, many have cancelled or postponed leisure and business travel plans. This abrupt disruption has created much uncertainty for tens of thousands of businesses worldwide. In these turbulent […]

Red Dot Payment is proud to be part of the PayU family, a leading payment services provider building the largest payments and fintech platform in the world